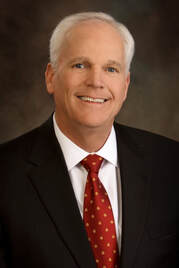 Mr. Berry re-joined the management team of Big Rivers Electric Corporation as Vice President of Production in July of 2009.  In February of 2013, Bob was promoted to Chief Operating Officer and in July of 2014, Bob was elected President and Chief Executive Officer.  Big Rivers is a generation and transmission cooperative headquartered in Henderson, Kentucky serving approximately 121,000 customers in 22 counties located in western Kentucky.

Prior to re-joining Big Rivers Electric, Bob had been the General Manager of Western Kentucky Energy, a subsidiary of Louisville Gas and Electric/E.ON.  Bob is a forty (40) year veteran of the Big Rivers’ system beginning his career at Big Rivers’ Coleman generating plant in January 1981, serving in variety of roles until joining Western Kentucky Energy in July 1998.  He holds an associate degree in mechanical engineering and a bachelor’s degree in business management.  Active in the community, Bob is a board member of the Kentucky Electric Cooperatives, National Renewables Cooperative Organization, ACES, Henderson Community College Foundation Board and Owensboro Greater Economic Development Corporation.  He is also a member of the technical advisory committee for the Engineering Technology Program at Madisonville Community College.

Bob and his wife Beth are natives to the region and they have three (3) grown children and two (2) granddaughters living in Louisville and Owensboro, Kentucky.