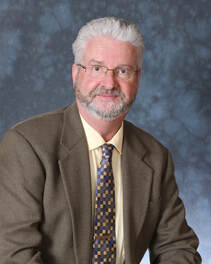 On May 28, 1977, Kentucky experienced its worst tragedy since the Civil War.  The Beverly Hills Supper Club in Southgate was filled with patrons on the Saturday night before Memorial Day and by Sunday morning, more than 120 bodies had been pulled from the inferno in what was the third worst nightclub fire in the nation's history.

Several employees had told investigators about suspicious activities they had witnessed leading up to the fire but were ignored.  Due to one (1) employee's unwavering quest, researchers spent several years in a re-investigation to uncover the truth.

This is the history of the Beverly Hills Supper Club, from its early days as a speakeasy, through thirty (30) years as the largest illegal gambling casino in the Midwest through its reincarnation as the "Showplace of the Nation," to the 1977 fire which killed 169 people in what many consider the largest case of mass murder in U.S. history.

Robert D. “Bob” Webster is a Northern Kentucky native and author of numerous books and articles on the history of the region.  He is a three (3) time winner of the Kentucky Historical Society’s “Outstanding Publication” Award, and is a frequent speaker for civic and community groups throughout the region.  Bob has been a featured presenter in Kentucky, Ohio, Indiana, and Tennessee.

Bob is a 1976 graduate of Covington Holmes High School, after which he attended Morehead State University.  There, he earned his Bachelor of Arts degree in Journalism.  Bob is currently president of the Kenton County Historical Society and is a career agent with Kentucky Farm Bureau Insurance in Independence.  Bob also enjoys a part-time position as Security Lead at Turfway Park Racetrack in Florence.  He and his family reside in Covington.