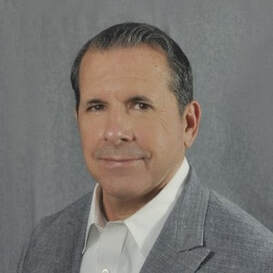 Tailored to safety professionals with an awareness of the topic beyond the rank and file civilian, this session will provide:
​
​Mr. Ramsey's work history includes many roles at the intersection of security, intelligence and operational focus.  He is a military veteran with service in Special Operations in both the Army and Air Force.  Craig performed protective services for US Government clients in Iraq and Afghanistan as a contractor after departing active-duty.  Following these experiences as a contractor, Craig was hired by the US government to work directly as an employee in 2011 as a Security Protective Specialist.  He served in this role in many positions, culminating as a the Agent-In-Charge of the US Ambassador to Iraq's protective detail.  Returning to the US, Craig served as the Program Manager for a program teaching surveillance, counter-surveillance and other intelligence-gathering tasks to Special Operations and select Government Agency personnel.  Craig departed that position in 2016, going on to perform executive protection and security consultant duties within the US and abroad. Craig trained extensively in previous roles, attending multiple tactical driving courses and participating and formulating numerous training events within his former military and government units.  Craig possesses a Bachelor of Science, graduating Cum Laude.  He is also a graduate of the State Department's High Threat Tactical Training Course, Blackwater Tactical Development Course and several Executive Protection courses, in addition to the US military Special Operations Medic Course, US Air Force Joint Firepower Course, US Army Instructor Course and the Advanced Land Navigation Course.  Craig is also National Association of EMT certified in Tactical Emergency Casualty Care.
​